5200RS has a 20-degree contact angle, pressed steel cage, and normal clearance rating. 5200A-2RSTN9 it supports radial loads, thrust loads in both directions, and combined loads, and occupies less thrust space than a pair of single-row angular contact ball bearings mounted together. Because the two rows of rolling elements are mounted back-to-back, the 5200-2NSE bearing arrangement is relatively rigid and can accommodate tilting moments. The 5200 series has a smaller cross section than the 5300 series, making it suitable for smaller spaces, lighter loads, and higher speeds. This 5200-2NSL bearing is made of low-alloy, through-hardened carbon chromium steel for durability and resistance to deformity under heavy loads. The 20-degree contact angle of the balls in relation to the raceways gives the bearing a greater capacity for supporting thrust loads over bearings with a standard contact angle of 0 degrees. 2RS or Rubber seals on both sides of the bearing keep out contaminants such as dirt and grime and hold in lubricant applied at manufacture. This bearing 5200A.2ZTN9 has a pressed steel cage to prevent the balls from coming into contact with each other during use, reducing friction, vibration, and noise. The 5200B.2ZR bearing has a normal axial internal clearance designation, making it suitable for applications where the load and speeds do not result in thermal expansion. This 5200KDD clearance provides latitude for self-realignment and compensates for static and dynamic alignment errors. This angular contact ball bearing is for use in commercial and industrial applications including pumps and compressors, automotive drives, gearboxes, and printing machines, among others. 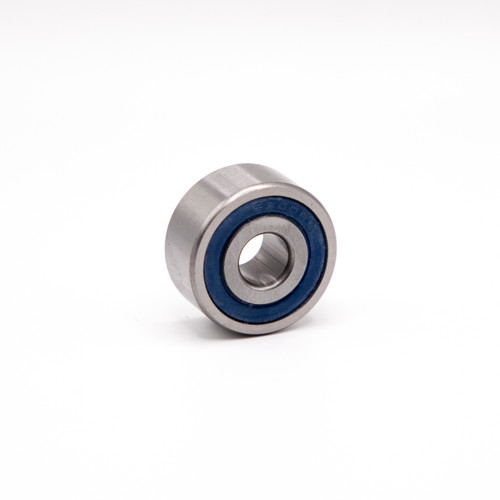